The first part of Rich House Poor House, which you can watch here, aired in February 2021 and showed the vastly different lifestyles of Adam and Kiptieu, so when they switched lives for the week both were in disbelief.

Adam Stott has numerous successful businesses under his belt and specialises in wealth and business coaching. Having travelled the world coaching entrepreneurs and businesspeople alike, he has shared the stage with such names as John Travolta, Robert De Niro, Floyd Mayweather, plus many more.

Kiptieu Fatty Sheriff, a Sierra Leone native, left the country at the age of 24 to come to England to be reunited with her family. Sadly, her husband Ackmed passed away four years ago, leaving her a widow, and left to raise her three daughters alone. As a pillar of her community, she volunteers at her local church and has set up a tennis club at the local courts. In memory of her late husband, she has set up a charity that sends second-hand toys to the children of Sierra Leone.

At the time of filming the first episode, Kiptieu was starting her fledgling food and delivery service, producing authentic African cuisine from the heart of London. However, having no resources to hire a delivery driver meant that sometimes she would have to deliver her orders herself, as far away as 17 miles, using only public transport as a means of getting her food to its destination. It was this determination that impressed Adam the most. So, at the conclusion of their weeklong life swap, Adam offered to help her grow and expand on her company, Bongo’s Kitchen. 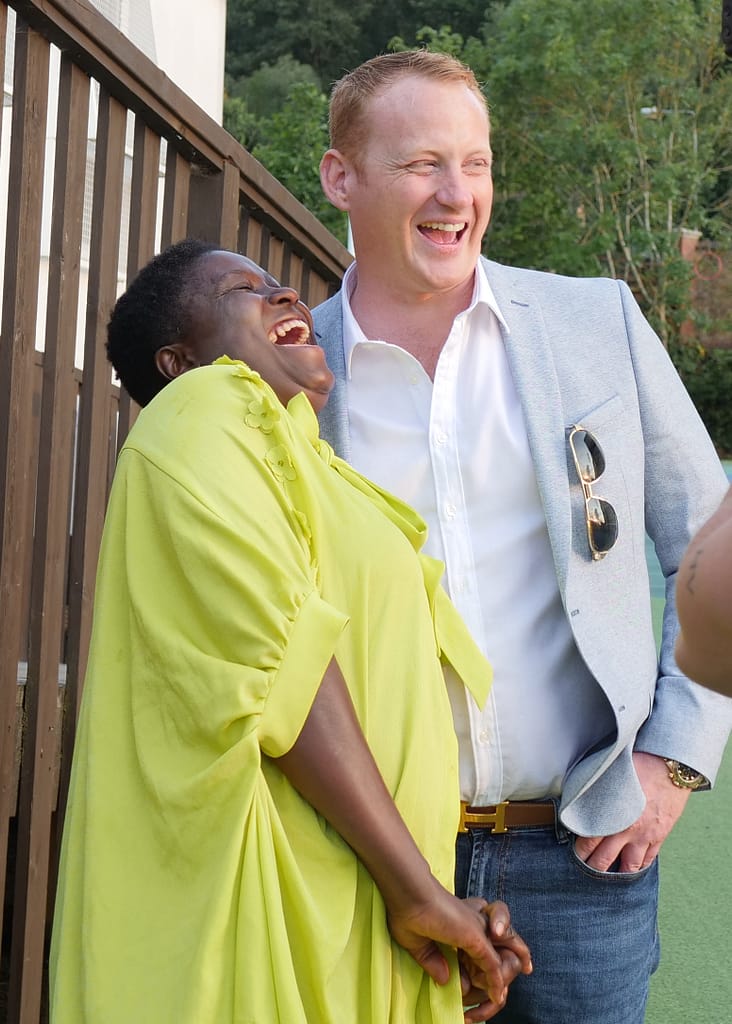 In the time since the first episode aired, we have had the pleasure not only to work with Kiptieu on a day-to-day basis in building and growing Bongo’s Kitchen, but we also had her cater one of our events. After the huge success of the show, and Kiptieu proving to be a fan favourite, we hired her to provide a traditional African spread for one of our Sales Domination events for our Gold Circle members. This was the first time that some of our clients had the opportunity to try some of Bongo’s Kitchen cuisine and it proved to be a huge hit!

Bongo’s Kitchen has gone from strength to strength. Under Adam’s guidance, it has grown substantially to the point where Kiptieu outgrew her flat’s small kitchen and has moved a professional space from which she now creates her culinary creations. She no longer has to use public transport as a means of delivering her freshly cooked meals, as she has been able to hire, not only a delivery driver, but also additional help in the kitchen.

When Adam was approached for a potential follow up episode, he jumped at the chance. It was an opportunity to show how far Kiptieu had grown in the past year and how proud he was of her progress and dedication to herself and her business. Filming for the second episode was a celebration and we wanted as many people as possible to join in. So, we invited members of our Gold Circle group, and Kiptieu invited her family, including her daughters, to help us celebrate the launch of Bongo’s Kitchen in Kiptieu’s culinary space in London. Kiptieu and her team laid out a spread of her most popular dishes for everyone to try including a variety of pies, fish balls, and plantain, but the dish that left everybody raving at the end of the day was her homemade banana bread which proved to go down a treat. All of these dishes and many more can found on the Bongo’s Kitchen website here.

Working with Kiptieu over the past year has been a pleasure for Big Business Events. Her time spent with Adam was an eye opener for both parties, with both coming away from Rich House Poor House having gained something from the experience and each other. We look forward continuing to work with Kiptieu in the future and helping Bongo’s Kitchen grow and thrive.

Check out some behind the scenes footage of Adam and Kiptieu’s latest episode of Rich House Poor House!

Join us on a 3-day training event in London hosted by and Adam Stott, and he is joined by TOWIE star and businesswoman Gemma Collins.

Click the image below to get a chance to be coached by these two business titans.